Katy Trail State Park has taken a giant step toward achieving its long-time goal of stretching across Missouri’s mid-section to join the St. Louis and Kansas City metropolitan areas.

In late 2016, Missouri State Parks opened a new section of the trail built on an abandoned Rock Island Railroad line. The 47.5-mile stretch runs from Windsor to Pleasant Hill on the western edge of the trail. 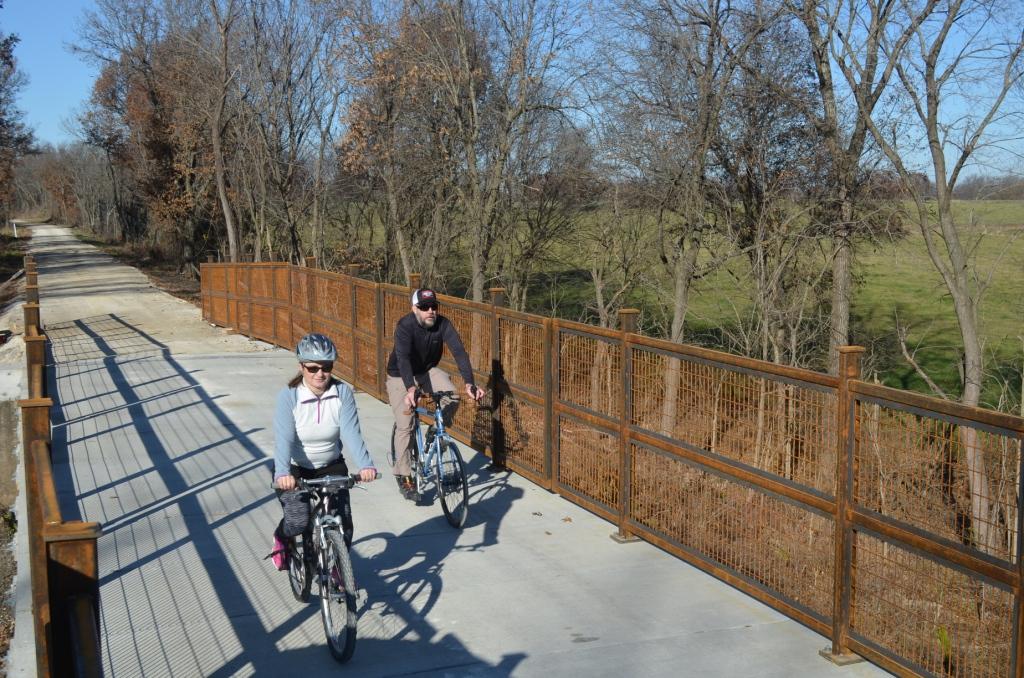 Previously, the Katy Trail had stretched 240 miles between Machens, and Clinton.

The new Rock Island addition is a spur that runs from Windsor to Pleasant Hill, moving closer to Kansas City and preserving the Katy’s reputation as the nation’s longest rails-to-trails development.

Pleasant Hill long has been a railroad town, and still has an active Union Pacific line. The vintage buildings in the historic district include the old railroad depot, which has been renovated into interesting shops and the Chamber of Commerce office.

An outdoor sign on the highway leading into Pleasant Hill now says: “Where the tracks meet the trail.”

Like the rest of the Katy Trail, the Rock Island extension is a 100-foot-wide linear state park with a path of compacted gravel in the middle. Both sides border private property. 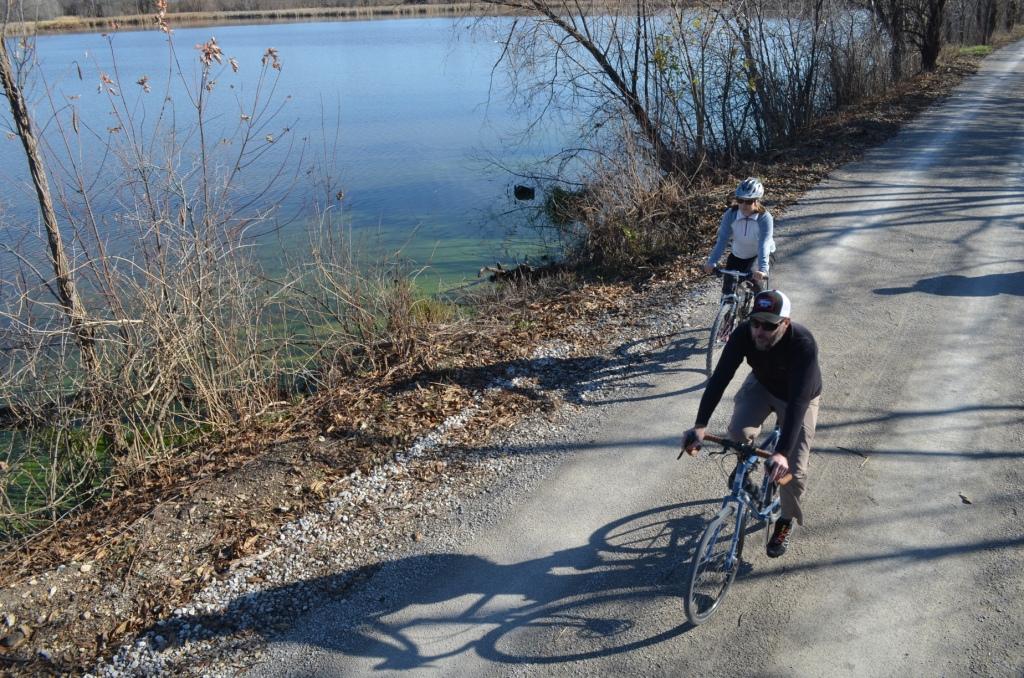 Because the landscape includes rolling hills, the extension has many sections that have been built up in the valleys to keep the terrain flat, as well as several bridges.

The trail travels from Windsor west through the small towns of Leeton, Post Oak, Chilhowee, Denton, Medford, Hadsell and Wingate to Pleasant Hill.

A landmark on the route near Medford is the large Rock Island Lake, where steam locomotives once stopped to refill their boilers.

Make sure you explore the Rock Island Spur on your next Missouri adventure across the Katy Trail.